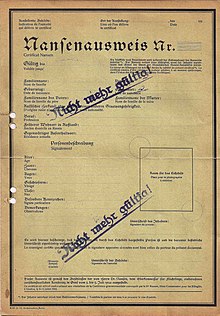 Morehouse College is the only private, historically black liberal arts college for men in the US. Founded in 1867, the college is located just minutes from downtown on a 66 acre campus in the historic West End section of Atlanta. Morehouse College is part of the Atlanta University Center, which is the largest consortium of black colleges and universities in the world. Other institutions in the group are Clark Atlanta University, Spelman College, the Interdenominational Theological Center, and the Morehouse School of Medicine. Students from these campuses regularly participate in joint classes and social events. Morehouse has an enrollment of approximately 2,800 students.

Washington Monthly’s 2010 College Guide named Morehouse as the best liberal arts institution in the country. The Fiske Guide named Morehouse as one of their “45 Best Buy Schools”. Morehouse grants Bachelor of Arts and Bachelor of Science degrees in 26 majors. The instructional programs that the college offers are divided into three divisions: business and economics, the humanities and social sciences, and science and mathematics.

The Morehouse campus is the home of the Martin Luther King Jr. International Chapel, the world’s most prominent religious memorial to Dr. King. King was a 1948 Morehouse graduate. The Robert W. Woodruff Library houses the Martin Luther King Jr. Collection. This 10,000 item collection represents much of King’s work from 1944 to 1968. Items in the collection include famous speeches, sermon drafts, and 1,000 of King’s personal books.

Morehouse has an excellent department of music. The marching band, known as the “House of Funk”, has performed at a variety of national venues including the Super Bowl. The Morehouse Glee Club performed at the Opening Ceremony of the 1996 Atlanta Centennial Olympic Games. In September 2010 the college opened the Ray Charles Performing Arts Center and Music Academy Building. This state of the art facility is the college’s new center for music teaching and performance.

Athletics are an important part of campus life at Morehouse. The college has teams in basketball, football, baseball, tennis, golf, cross country, and track and field. Morehouse plays in NCAA Division II and is a member of the Southern Intercollegiate Athletic Conference. The Maroon Tigers football team is currently 6-2 for the season, and is ranked in the top 25 of the American Football Coach’s Association (AFCA) National Poll for the first time.

Morehouse College has a proud tradition of producing outstanding leaders. It is committed to developing leaders who will make a positive change in their communities and the world.